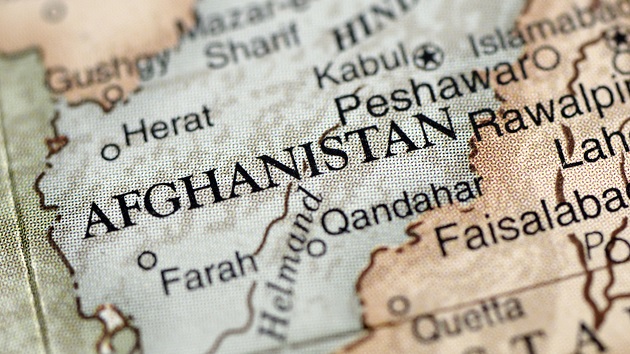 (WASHINGTON) — As Afghanistan spirals further toward a catastrophic humanitarian crisis, the international community is allowing greater exemptions to aid groups to try to alleviate the suffering.

The United Nations Security Council passed a resolution Wednesday to grant humanitarian exemptions to their sanctions on the Taliban, which seized control of Afghanistan this summer after nearly two decades of war with the U.S.-backed government.

In addition, the U.S. Treasury Department announced it has expanded its general licenses to more explicitly allow aid groups to work in Afghanistan, including to support civil society, human rights, and education.

But while both steps were welcomed, many aid groups, U.N. agencies, and U.S. lawmakers, including Democrats, say it is not enough, as more than half of Afghanistan’s 39 million people face acute hunger.

“While this move will enable an essential increase in humanitarian aid, this alone is not sufficient to stave off economic collapse and humanitarian unraveling,” David Miliband, president and CEO of the aid group International Rescue Committee, said after the U.N. vote.

The Biden administration has defended U.S. sanctions against the Taliban — designated by the Treasury as a terrorist organization — and instead blamed Afghanistan’s economic woes on decades of dependence on humanitarian aid, an ongoing drought and COVID-19, and the militant group’s takeover of the country.

A senior administration official said the U.S. was working to mitigate the crisis, but said it is on the Taliban to govern now, address the country’s economic challenges, and meet its commitments if it wants international aid, including on securing women’s and girl’s rights, halting reprisal killings, and countering terrorism.

The Taliban have said international sanctions must be lifted, calling them “punishment of the common people,” in the words of Suhail Shaheen — a longtime spokesperson who the Taliban have cast as their U.N. ambassador, although the group’s government is not recognized.

Afghanistan’s economy has contracted by 40 percent, according to some estimates, with inflation now putting everyday items out of reach for many. Foreign aid, which accounted for some 75 percent of the collapsed former government’s funding and 40 percent of the country’s GDP, has been halted and the government accounts, frozen. Banks have shut down or limited access to funds, with many global financial institutions afraid to run afoul of U.S. and U.N. sanctions. That means salaries, especially for public sector employees like teachers, have not been paid for months, and unemployment has skyrocketed.

With this economic collapse comes real suffering. The U.N. has warned as many as 90 percent of Afghans could be in poverty by next year, and as many as one million children could die this winter from starvation.

Among them could be Mohammed, who at two-years old weighs just 11 pounds — the bones in his face visible as he struggles to eat in a Kabul hospital. His mother unable to afford the medicine he needs, he is one boy among the many Afghans struggling across the country.

“The previous government was bad, but this government is even worse because they have cut our food. Nobody has mercy on us,” a former shopkeeper waiting in line to access food aid told ABC News last week.

That government has done little to deal with U.S. and international concerns about its violent tactics, repression of women and other minorities, and even its ability to govern.

But it’s also clear that U.S. and U.N. sanctions have slowed cash flowing into the country, including the former government’s funds at the World Bank and International Monetary Fund.

Last week, the U.S. and others facilitated a deal to transfer $280 million from the World Bank’s funds to UNICEF and the World Health Organization to provide humanitarian aid — the first of its kind transfer that could set an example for future transactions, but a drop in the bucket compared to the need, per aid groups.

“To ensure that humanitarian work can continue to scale, it is critical that sanction regimes do not hold back operations. Transactions on which humanitarian activities depend must be safeguarded,” the U.N.’s relief chief Martin Griffiths tweeted Wednesday.

Democratic lawmakers have joined those criticisms, with over three dozen urging the Biden administration in a letter Monday to reverse policies that “could cause more civilian deaths in the coming year than were lost in 20 years of war.” They called for the U.S. to provide Afghanistan’s central bank access to the $9.8 billion of Afghanistan’s currency reserves held in the U.S. and “more explicit reassurances” to give aid groups space to operate.

But so far, Biden’s team has shown no interest in doing so. The senior administration official told reporters the U.S. will maintain financial pressure on the Taliban and its leadership, as it seeks to ensure money gets to the Afghan people instead.

ABC News’s Ian Pannell contributed to this report from Kabul.

How some in Afghanistan have reacted to the burqa mandate

Millions of lives at risk as famine stalks Horn of Africa