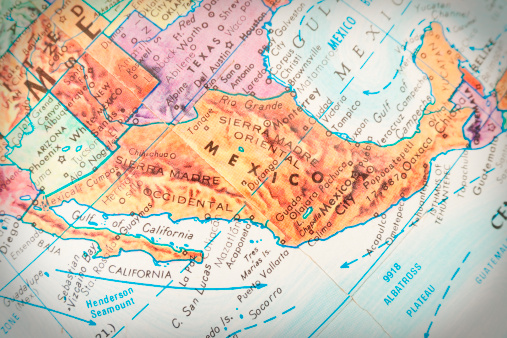 (SAN JOSE DEL CABO, Mexico) — An American woman’s death in Mexico is being investigated as a femicide, a form of gender-based violence, according to the Baja California Sur Attorney General’s Office.

The family of Shanquella Robinson, 25, of Charlotte, North Carolina, is desperate for answers after she died while vacationing with friends in Mexico last month.

Robinson went to San Jose del Cabo, a resort city on the southern tip of Mexico’s Baja California peninsula, with six friends on Oct. 28. They stayed at a rental villa in Fundadores, an exclusive gated community with vacation homes and a private beach club, Robinson’s parents told Charlotte ABC affiliate WSOC-TV in a recent interview.

The next day, Robinson’s parents got a frantic telephone call from their daughter’s friends saying she had died.

However, the Mexican Secretariat of Health’s autopsy report and death certificate for Robinson, obtained by ABC News, lists her cause of death as “severe spinal cord injury and atlas luxation,” with no mention of alcohol. The document also states that the approximate time between injury and death was 15 minutes, while a box asking whether the death was “accidental or violent” was ticked “yes.”

According to the document, which was dated Nov. 4, Robinson was found unconscious in the living room of a residence on Padre Kino Avenue, near Fundadores Beach Club, in San Jose del Cabo on the afternoon of Oct. 29.

The Fundadores Beach Club did not immediately respond to ABC News’ request for comment on Thursday.

Robinson’s parents described their late daughter as a hardworking business owner who had a “great heart.”

“It’s like a nightmare. I can’t even sleep,” Robinson’s father, Bernard Robinson, told WSOC-TV. “I just want some truth because this doesn’t add up right.”

In recent days, a video — not verified by ABC News — has surfaced online purportedly showing a woman attacking Robinson. Speaking to WSOC-TV, Robinson’s mother identified the people in the footage as the friends who accompanied her daughter to Mexico and said she believes it was taken during the trip. In the video, someone can be heard asking if Robinson “could at least fight back.” It’s unclear when and where the video was taken.

“It was never a fight. She didn’t fight. They attacked her,” Sallamondra Robinson told WSOC-TV. “She did not deserve to be treated like that.”

The U.S. Embassy in Mexico City told ABC News on Wednesday that its staff “are aware of Shanquella Robinson’s death and are providing consular services to her family.”

A spokesperson for the Federal Bureau of Investigation’s field office in Charlotte, North Carolina, told ABC News on Thursday that the agency has been in contact with Robinson’s family.

As the mystery deepens and questions remain, the State Attorney General’s Office of Baja California Sur released a statement Wednesday saying it is continuing to investigate Robinson’s death.

The office said it received a call on Oct. 29 at approximately 6:15 p.m. local time from a “public security member” who reported the death of a foreign woman in a room of a house in the Fundadores Beach Club area in San Jose del Cabo. Investigators were sent to the scene and are still collecting “more evidence to achieve the accurate clarification of the events, without ruling out any hypothesis,” according to the office.

ABC News’ Will Gretsky contributed to this report.

Death toll jumps to 268 from earthquake in Java, Indonesia