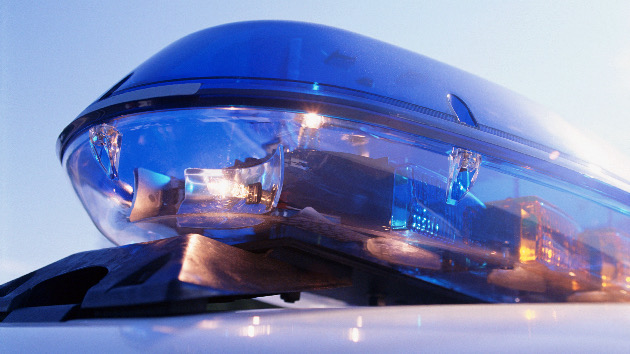 (IZHEVSK, Russia) — At least 13 people, including seven children, were killed after a man opened fire at a school in central Russia on Monday, officials said.

Local authorities said at least 21 more people were injured, some severely, in the attack in the school in the city of Izhevsk about 600 miles from Moscow, making it one of the deadliest school shootings Russia has suffered. Two teachers and two security guards were among the dead, according to the region’s governor.

Police said the alleged shooter had killed himself at the school following the attack. They identified him as a 34-year-old former student at the school. Russia’s Investigative Committee, which handles serious crimes, named him as Artyem Kazantsev, and posted a video it said showed his body lying in a pool of blood in a classroom.

The motive for the attack was still unclear but the Committee said it was investigating possible “neofascist views” held by the shooter, who in the video it released appeared to be wearing a T-shirt with a red swastika.

“President Putin grieves in connection with the deaths of people and children in the school, where the terrorist act occurred. It was carried out by an individual who, judging by everything, belongs to a neofascist organisation or group,” Dmitry Peskov, Putin’s press secretary told reporters.

The shooting began mid-morning, while children were in class. Video circulating in Russian media showed pupils cowering under desks and with blood stains visible on the floor. Police sealed off the school and emergency services could be seen carrying stretchers with the wounded from the building.

The shooter was armed with two pistols, according to Alexander Khinstein, the chairman of Russia’s parliamentary committee for information policy, technology and communications.

School shootings have been relatively rare in Russia, but in recent years they have become increasingly frequent.

In May 2021, a teenager killed seven children and two adults after attacking a school in Kazan, and in April this year a man shot dead two children and a teacher at a kindergarten in the Ulyanovsk region. An 18-year-old student killed 21 people and wounded dozens more after setting off a bomb in a polytechnic college in Kerch in occupied Crimea in 2018.