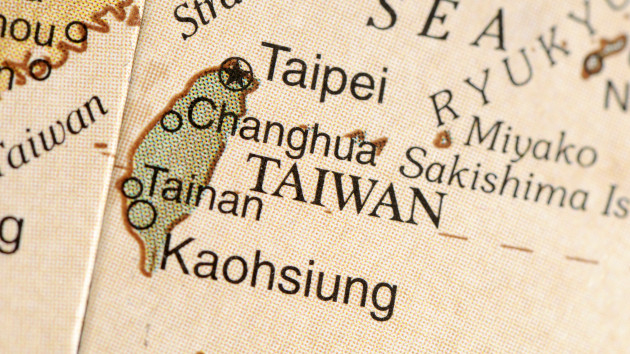 (WASHINGTON) — President Joe Biden said Sunday that the U.S. would militarily defend Taiwan if China were to attack — reiterating, again, his support for the island as Beijing responded with disapproval.

In a 60 Minutes interview, Biden was asked if “U.S. forces” would respond to aid Taiwan against China. He said, “If in fact there was an unprecedented attack.”

He was asked again, “So unlike Ukraine, to be clear, sir, U.S. forces — U.S. men and women — would defend Taiwan in the event of a Chinese invasion?”

His answer mirrors his response when another CBS News reporter asked him a similar question during a press conference in Tokyo in May and is at least the fourth time he’s said something along these lines, appearing to go beyond the historic U.S. policy of “strategic ambiguity” about Taiwan’s relationship to China, which views the island as a breakaway province despite Taiwan’s separate government.

The U.S is legally required to provide Taiwan with resources to defend itself but doesn’t require a U.S. military response if China were to invade.

Since a 1979 agreement, the U.S. has acknowledged the People’s Republic of China as the sole legal government of China — with Taiwan having emerged as a separate faction after the Chinese civil war — while refraining from commenting on the third-rail question of Taiwanese independence.

At a Monday press conference in Beijing, government spokesperson Mao Ning said that China has lodged complaints with the U.S. in response to Biden’s comments about Taiwan.

She said China “deplores” and “firmly opposes” the president’s latest statements and that China reserves the right to take all necessary measures but said the country is “willing to do our best to strive for peaceful reunification.”

In May, Biden said the “burden” of the U.S. “commitment” to defend the self-governing island of Taiwan was “even stronger” after Russia’s invasion of Ukraine earlier this year.

Taiwanese Foreign Ministry spokesperson Joanne Ou said in response that their government “expresses sincere welcome and gratitude to President Biden and the U.S. government for reiterating its rock solid commitment to Taiwan.”

A White House official insisted to ABC News at the time that Biden’s comment didn’t represent a shift because the president “reiterated our commitment … to provide Taiwan with the military means to defend itself.”

On Sunday night, after Biden’s 60 Minutes interview, a White House official again said that his comments did not, in their view, reflect a change in policy.

In July, after Biden and China’s leader Xi Jinping spoke, a White House official said their discussion on Taiwan was “direct” and “honest,” with Biden reaffirming the U.S. commitment to its historic position. But the official wouldn’t respond to a Chinese readout claiming that Xi said, “Playing with fire will set yourself on fire.”

“President Xi used similar language in the conversation that the two leaders had back in November, but you know, I’m not going to get into parsing the various metaphors that the PRC regularly tends to use on these issues,” the administration official said.

EXCLUSIVE: Zelenskyy to Muir on whether he regrets not warning Ukrainian people before invasion

Russia is buying ‘millions of rockets and artillery’ from North Korea for its Ukraine invasion: US

Half-a-year into Russia’s invasion, what a possible endgame in Ukraine could look like