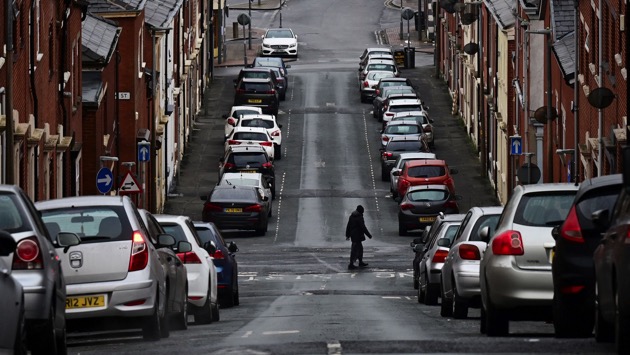 (LONDON) — Two teenagers have been arrested in England as part of an ongoing investigation into Saturday’s hostage-taking incident at a synagogue in the United States, British authorities said.

The pair were detained in southern Manchester on Sunday evening and “remain in custody for questioning,” according to a statement from the Greater Manchester Police.

The arrests were made in connection with a 10-hour standoff between American authorities and a hostage-taker at the Congregation Beth Israel in Colleyville, Texas, about 27 miles northwest of Dallas. An armed man claiming to have planted bombs in the synagogue interrupted Shabbat services on Saturday just before noon local time, taking a rabbi and three other people hostage, according to Colleyville Police Chief Michael Miller.

One hostage was released uninjured at around 5 p.m. CT. An elite hostage rescue team from the Federal Bureau of Investigation breached the synagogue at about 9 p.m. local time and rescued the remaining hostages, Miller told a press conference Saturday night. The suspect, identified by the FBI as 44-year-old British citizen Malik Faisal Akram, died in a “shooting incident,” according to Miller and FBI Dallas Special Agent in Charge Matt DeSarno, neither of who provided further details.

Multiple law enforcement sources told ABC News that the initial indication is that Akram was shot and killed by the FBI team. The FBI said in a statement Sunday that its Shooting Incident Review Team “will conduct a thorough, factual, and objective investigation of the events.”

A motive for the incident is under investigation.

Assistant Chief Constable Dominic Scally of the Greater Manchester Police said in a statement Sunday that counterterrorism officers are assisting their U.S. counterparts in the probe. Akram was from the Blackburn area of Lancashire, about 20 miles northwest of Manchester, according to Scally.

During the negotiations with law enforcement, Akram “spoke repeatedly about a convicted terrorist who is serving an 86-year prison sentence in the United States on terrorisms charges,” the FBI said in a statement Sunday.

“This is a terrorism-related matter, in which the Jewish community was targeted, and is being investigated by the Joint Terrorism Task Force,” the agency added. “Preventing acts of terrorism and violence is the number one priority of the FBI. Due to the continuing investigation we are unable to provide more details at this time.”

Multiple law enforcement sources told ABC News that the suspect was demanding the release of Aafia Siddiqui, who is incarcerated at Carswell Air Force Base near Fort Worth, about 16 miles southwest of Colleyville. Siddiqui, who has alleged ties to al-Qaida, was sentenced to 86 years in prison after being convicted of assault as well as attempted murder of an American soldier in 2010.

President Joe Biden told reporters Sunday that he was briefed on the incident at the Texas synagogue by Attorney General Merrick Garland. Biden said the suspect had only been in the country for a couple of weeks and spent at least one night in a homeless shelter. The man was armed with a gun, which he allegedly purchased on the street, when he entered the synagogue, but investigators have found no evidence that he was in possession of explosives, according to Biden.

“This was an act of terror,” Biden said.