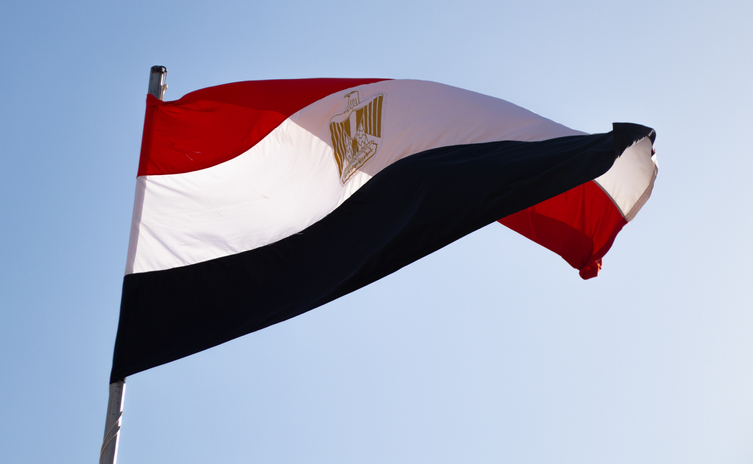 (CAIRO, Egypt) — The latest murder of a young woman in Egypt who had allegedly rejected the advances of a fellow student has sparked outrage and renewed calls for Egyptian lawmakers to take action.

Islam Mohamed, a 22-year-old student at Al-Shorouk Academy in the Greater Cairo area, was detained early Wednesday on suspicion of killing his 20-year-old classmate, Salma Bahgat. He is accused of “repeatedly stabbing her with a knife” on Tuesday as she was leaving a building in Zagazig, northeast of Cairo, according to a statement from Egyptian prosecutors.

Prosecutors, citing accounts from witnesses and relatives, said Bahgat had had twice declined marriage proposals from Mohamed, who in turn made death threats against her. Bahgat’s parents told authorities that Mohamed’s proposals were rejected because of his “misbehavior and drug abuse,” according to prosecutors.

In a statement released Tuesday evening, Al-Shorouk Academy mourned the death of Bahgat, who was studying media, saying: “She was an example of a diligent and distinguished student, on the moral and scientific levels, throughout her four years at the academy.”

Bahgat’s killing marked the second such campus femicide to occur in Egypt within the past two months, prompting outcry on social media.

“Another woman killed for saying ‘No,"” one Twitter user wrote.

“I cant believe in this amount of time another incident like Nayera happened again,” another user said.

In June, 21-year-old Nayera Ashraf was stabbed to death in front of her university in Mansoura, north of Cairo, by a fellow student whose marriage proposal she had turned down. The gruesome incident, which was videotaped by bystanders, sent shockwaves across the North African nation.

Ashraf’s killer, 21-year-old Mohamed Adel, gained sympathy during his trial from some commentators on social media who called the murder a “crime of passion,” because they said he was left heartbroken.

“Misogyny is deep-rooted in Egyptian culture. A kid is raised watching his father beat his mother, for instance,” Said Sadek, a professor of political sociology at the American University in Cairo, told ABC News on Thursday.

“The media that frown upon any actress who wears revealing dresses and religious scholars who demand that women cover up from head to toe are also to blame for fueling such sentiments,” he added. “We turn the victim into a criminal and the harassers into heroes.”

Adel was ultimately convicted and sentenced to death last month. The court also took the unusual step of calling for changes to Egyptian law to allow executions to be broadcast live as a deterrent to others. Capital punishment in Egypt is rarely broadcast or carried out in public.

In Egypt, murder is punishable by death. More people were sentenced to death there last year than in any other country. In terms of the number of executions carried out, Egypt had the third highest, according to human rights group Amnesty International.

Nevertheless, critics argue that Egyptian law must be strengthened against gender-based violence, threats or blackmailing, which have been on the rise in recent years.

Sadek cited one example of a man who spent just a few weeks in prison after sexually harassing and beating up a woman in a Cairo shopping mall in 2015. Two years later, he attacked her with a knife, leaving a deep cut in her face, Sadek said.

According to a 2015 survey conducted by the United Nations Population Fund and the Egyptian government, about 7.8 million women in Egypt suffer from all forms of violence every year, “whether perpetrated by a spouse/fiancé or individuals in her close circles or from strangers in public places.”

Sexual violence is also rampant, with over 99.3% of Egyptian girls and women experiencing some form of sexual harassment in their lifetime, according to a U.N. report released in 2013.

Last year, the Parliament of Egypt approved tougher penalties for sexual harassment, making the crime punishable by a minimum of five years in prison. But women rights groups insist more should be done, calling on Egyptian Parliament to fast-track a draft unified law for combating violence against women. The proposed legislation has been in the works for several months.

In the wake of Bahgat’s killing, almost two dozen groups, including the Giza-based Center for Egyptian Women’s Legal Assistance, issued a statement Wednesday calling on Egyptian authorities “to take all the measures to protect women and girls, who have the right to live safely in their homeland.”

“Violence has become a culture nurtured by a societal complicity that justifies it, condemns the victim and sympathizes with the perpetrator,” they said. “We encourage women and girls to urgently report any threats they receive to authorities.”