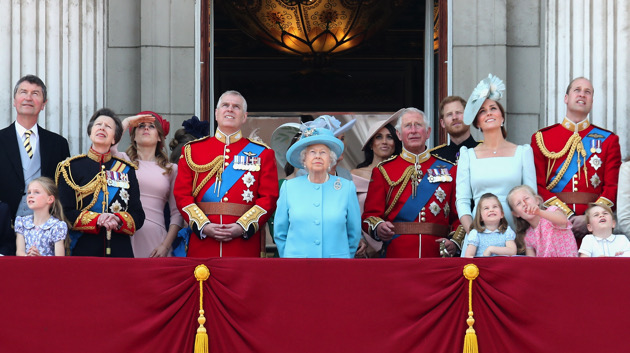 (LONDON) — The death of Queen Elizabeth II after a 70-year reign and the ascension of King Charles III to the throne marks the end of an era.

With the passing of Britain’s longest-reigning sovereign during a period that saw tectonic shifts in geopolitics and social norms, as well as a royal family rocked by scandal, many are now left wondering: what’s next for the British monarchy?

Criticism, in particular, about the monarchy’s link to colonialism and the lasting injustices it perpetuated — and waning support among younger Britons, according to a YouGov poll — have reignited difficult questions about the future of the monarchy and its purpose in modern times.

“You cannot think of British nationalism, you have to think of British imperial nationalism. And in the center of that is the monarchy,” said Caroline Elkins, a professor at Harvard University and author of “Legacy of Violence: A History of the British Empire.”

At the empire’s peak around 1921, the British colonized around a quarter of the land on Earth, leading to a description of the empire as one on which the sun never sets.

When Queen Elizabeth II became queen in 1952, Britain ruled over more than 70 territories – many of which Britain would lose or relinquish in struggles for independence, including in deadly conflicts.

One of the atrocities that scholars have detailed — and that critics have again highlighted in the wake of Queen Elizabeth II’s passing — was Kenya’s Mau Mau uprising for independence from British rule in the late 1950s.

Some historians estimate that there could have been up to 100,000 people killed in detention camps during the clashes between the Kenya Land and Freedom Army, known as the Mau Mau, and the British authorities, according to Elkin’s book, “Britain’s Gulag: The Brutal End of Empire in Kenya.”

According to a class action lawsuit against the U.K. government settled in 2013, thousands of Kenyans raised claims of torture, imprisonment and rape by British colonial forces in concentration camps during the uprising.

“The successive prime ministers – from Churchill on down – lied to Parliament, lied to the public, covered all this stuff up,” said Elkins, noting the monarchy likely had glimpses into the systematic torture under its imperialism.

“That said, what’s been the monarch’s role in perpetuating an image of imperial benevolence?” Elkins said. “Pretty huge.”

Many former colonies gained their independence from the British empire not in the distant past, but in the 20th century.

India gained its independence in 1947, Kenya in 1963 and Nigeria in 1960. Several countries experienced civil conflicts following their fight for independence due to British interference that reportedly led to thousands of deaths, according to historians.

“Europe came and divided Africa without taking into consideration the identity, the values, the differences and commonalities of different communities, ethnic entities, and so on,” said Mohamed S. Camara, professor of African Studies at Howard University. He also pointed to examples of this in India. “And we have repercussions of that today.”

For some people in those former colonies, Queen Elizabeth II’s rule is associated with oppression.

“Whether it’s in Africa, or in Southeast Asia … the people whose countries went through that will not forget and would like to see serious change happen,” Camara said.

Ahead of a trip by the Duke and Duchess of Cambridge to the Caribbean and Central America in March of this year to celebrate the queen, some Jamaican leaders demanded slavery reparations and local opposition in Belize forced them to cancel a trip.

Some of the countries that make up the Commonwealth have also signaled that they want to drop the monarchy as the head of state to achieve true independence from British rule, which Jamaica is moving toward.

They can still be a part of the Commonwealth without the British monarchy as the head.

“I want to say clearly, as I have said before, that each member’s constitutional arrangement, as republic or monarchy, is purely a matter for each member country to decide,” said then-Prince Charles during the 2022 Commonwealth Heads of Government Meeting. “The benefit of long life brings me the experience that arrangements such as these can change, calmly and without rancour.”

Though there have been few apologies given from the royal family, the queen did often “extend a hand” to opponents of the monarchy, such as in Ireland, when the queen shook the hand of a former Irish Republican Army commander, Elkins said.

The IRA fought against British rule and was responsible for the death of the queen’s cousin, Lord Louis Mountbatten.

With King Charles III now on the throne, historians say there’s potential for the monarchy to make a fresh start in seeking atonement for past injustices and signal a new era for the royal family.

“You are the monarch of a multicultural nation that must come to terms with the past,” she noted of the task facing King Charles III. “And if you really have a hope for the future of the monarchy, you must solve this.”

Myko Clelland, a royal expert and genealogist who worked closely with the Royal Household on the publication of their digitized records, says that even though King Charles III is entering at a vastly different time than his mother, the role of the monarchy remains an outwardly apolitical one.

“The constitutional role of the monarchy is separate from politics,” Clelland said.

King Charles III pointed to the changing times in his first speech as king: “When The Queen came to the throne, Britain and the world were still coping with the privations and aftermath of the Second World War, and still living by the conventions of earlier times.”

He continued, “In the course of the last 70 years we have seen our society become one of many cultures and many faiths. The institutions of the State have changed in turn.”

King Charles III has been outspoken about politics in a way that past leaders of the monarchy have not. He’s made comments through the years taking stances against climate injustice, strict immigration policy, enslavement and more.

However, Clelland predicts King Charles III may not necessarily change the monarch’s role as a figurehead intended to be “the heart and the soul of Britain, not the apparatus, not the machinery or the levers of power.”

“People worry that he might try to meddle in government, but that royal prerogative says that those powers have slipped into history, and that keeping the monarchy above politics is a way that keeps their survival,” Clelland said.