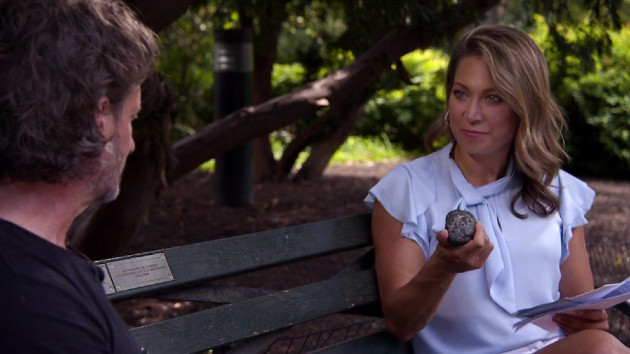 (NEW YORK) — It’s the size of the continental U.S., more than 10,000 feet deep and its recently become the center point in the debate over what’s the best way to build green products without making the environment worse off.

There is still much that is unknown about the Clarion-Clipperton Zone off Mexico’s Pacific coast, but scientists have said that the Pacific abyss is rich in minerals that are critical for renewable batteries and other green technologies.

Even though international regulators are still hammering out the rules and regulations for conducting deep sea mining, one mining executive contended to ABC News that they can extract the critical minerals from the depths of the abyss without harming the seabed.

“I mean, why on Earth shouldn’t we explore new frontiers? We need to mix it up,” Gerard Barron, the CEO of The Metals Company, a Canadian-based firm that is one of 16 companies exploring ways to mine the CCZ, told ABC News.

“The question is, what’s this impact? How can we mitigate those impacts? And how does that compare to the known impacts of land-based activity? And I think that’s a decision that society is going to have to face,” he added.

Oceanography experts, however, warn that we still know little about the ecology this deep under the sea. Even though potential mining could benefit necessary green projects, it could have unforeseen negative effects down the road.

“The worst case scenario for the environment would be driving species extinct before we even know they exist,” Matt Gianni, the co-founder, and the political and policy advisor of the Deep Sea Conservation Coalition, told ABC News.

The zone is between 12,000 and 18,000 feet deep and is still not fully explored, but scientists have found polymetallic nodules that are millions of years old on the ocean floor and contain nickel, cobalt, copper and manganese. These are key minerals used in rechargeable batteries for electric vehicles, storage units and other major devices.

The U.S. government has deemed cobalt as an essential mineral because of its importance in electric vehicles and many western countries are pushing for a supply chain that relies less on minerals produced by countries like China and Russia.

Barron said that the move to more electric vehicles and non-fossil fuel energy means that the country needs to act immediately to meet the growing demand.

“People haven’t given a lot of thought to where these metals come from and what we’ve woken up to is the fact that getting new mines permanent is really challenging because of the environmental impacts,” he said.

“So, if you want to build an ecosystem that can make American batteries with secure supplies of battery raw materials, then it’s not so easy [to] just imagine up a new mine because all the good ones have been discovered and getting anything permanent is really hard,” he said.

Currently, there is no active mining project within the CCZ, as the International Seabed Authority, an intergovernmental body that oversees “mineral-resources-related activity” in seaboards has not yet signed off on deep sea mining in the zone.

In the meantime, the ISA, which doesn’t yet formally include the U.S., awarded 17 exploration contracts to state sponsors and contractors which are meant to assess mining opportunities in the CCZ seabed.

The Metals Company has three licenses and has already conducted research using sophisticated unmanned underwater tools, such as an automated underwater vehicle.

“They’re actually like rockets that fly on the ocean floor and take really detailed imagery and measurements of everything,” Barron explained.

The company also received approval from the ISA to collect 3,600 tons of nodules while an independent team of scientists studies the potential impact it would have on the surrounding systems.

Barron said his teams have identified 1.6 billion tons of polymetallic nodules in two of its three license areas in the CCZ, which is enough to produce materials for 280 million mid-sized heavy batteries.

He estimated that it would take 30 years to mine the material in CCZ. He said based on his team’s analysis there would be a minor impact on the ecosystem, because they’ve found very little life down there.

Environmental experts, however, argue that the companies looking to mine the seabed are premature in their ecological assessments and they need to reconsider their goals.

Craig Smith, a professor of oceanography at the University of Hawaii, told ABC News that no one will really know what the mining impacts on the CCZ will be until at least one mine has been operating for a decade.

“Because the ecosystems will take millions of years to recover, no site that’s mined will recover before the last site that’s mined,” he told ABC News. “These nodule habitats will not recover.”

One possible effect would be chronic stressors to the ecosystems in the area, according to Smith who compared the issue to a loud concert.

“Many humans enjoy going to a rock concert for an hour but if they were in that noise environment 24/7, they would go deaf,” he explained.

Gianni refuted claims by mining companies the CCZ is a low-energy area with little life. He said the seabed is home to many underwater fauna and flora and there are many more species that haven’t been discovered.

He said there is concern that the mining operations would push sediment into the water and affect the food chain from the smallest fish right up to whales.

“Scientists are saying [the CCZ is] teeming with life…We’re still discovering them,” Gianni said.

He added that because of how the gradual flow of the deep sea’s ecosystem, many of those changes won’t be noticed until many decades later.

“We hope that we should learn by now from our past mistakes,” Gianni said. “There’s a lot of value to keeping it natural, exploring it, understanding what the deep ocean is…rather than just going in blind, extracting metals until we can’t get any more build cars. And then, oops, in 30, 50, [or] 100 years, future generations will say that was a big mistake.”

The concerns about deep sea mining have already prompted companies such as Google and Microsoft to make pledges that they would not use minerals from those kinds of operations.

Gianni’s group is one of many environmental organizations that have called for a moratorium on deep-sea mining, contending that the environmental risks outweigh the ecological rewards.

Barron defended his company’s plans from the criticism and contended that their latest processes will not have long-term negative impacts on the seabed.

In addition, he said his company is taking a hard look at how their presence will affect the CCZ and are willing to amend its plan.

“We’ve always said if the scientific evidence points to the fact that we shouldn’t be doing this, then we stop. That’s part of exploration,” Barron said.

Gianni contended that mining companies are rushing the process because of the increase in demand for rechargeable batteries but said that recycling older minerals will play a key role in reducing the amount of mining in the future.

He argued that more patience would go a long way to solving both environmental issues.

“We need the foresight to say let’s prevent this problem from happening before it starts taking place,” Gianni said.

Geranium in Copenhagen wins No. 1 spot on The World’s 50 Best Restaurants 2022 list