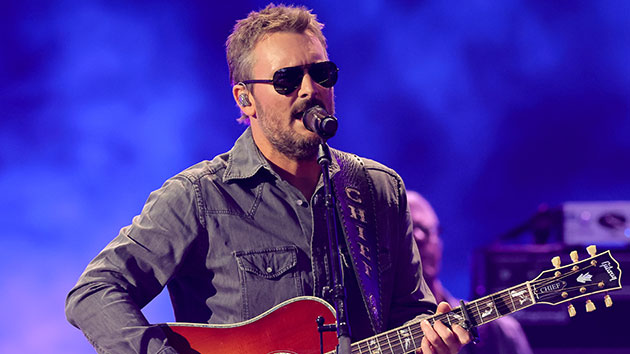 It’s been a year since Eric Church dropped Heart & Soul, the massive, chart-topping triple album that produced hit singles like “Hell of a View.”

To celebrate, Eric just shared a new acoustic version of another single off the project, “Heart on Fire.” The original version of the song was the first track on the first disc of the three-disc album. It was also the first song Eric wrote for Heart & Soul.

Originally released as a high-octane rock song with a music video that tips its hat to big moments from Eric’s career to date, the new version of “Heart on Fire” is much simpler. Sitting alone on a stool in front of a microphone, Eric sings a stripped-down version of the song, accompanying himself only on acoustic guitar.

The acoustic version of the song premiered on Wednesday — exactly one year after the middle disc, &, dropped on April 20, 2021.

Eric is currently on tour, and he’s also planning a couple of stand-alone stadium dates this summer: One in Milwaukee over Memorial Day weekend, and another in June, featuring Morgan Wallen and Ernest as opening acts.