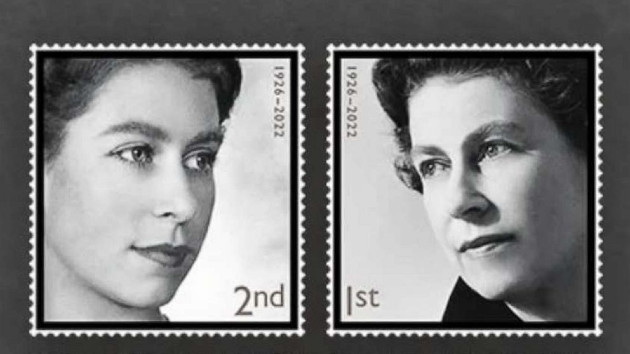 These are the first stamp images to be approved by King Charles III and all four stamps feature images that were used in the 2002 Golden Jubilee stamp issue.

The images of the stamps include a second class stamp featuring a photograph taken by Dorothy Wilding in 1952 to mark the queen’s accession and coronation, a first class stamp with a picture of the queen in in her admiral’s cloak snapped by Cecil Beaton taken in 1968, a £1.85 stamp displaying a portrait of the late queen taken in November 1984 by Yousuf Karsh, and a £2.55 stamp with the newest photograph in the collection that features a picture of the queen taken at Prague Castle in 1996 by Tim Graham.

A Presentation Pack of all four stamps will retail at £6.95 and are available to pre-order until they are released and go on general sale from Nov. 10.

The announcement comes as the official Royal Mourning period ends Tuesday — just over a week after her funeral was held — and the debut of King Charles III’s new cypher that was unveiled overnight.

Chosen by the new king, the cypher will replace the “E II R” on government buildings, state documents and some mailboxes around the country.

The cypher features the king’s initial of “C” intertwined with “R” which stands for Rex — Latin for “king” — along with the Roman numeral III.

The Royal Mint also confirmed that they will unveil what the new bank notes will look like before the end of the year with the new King Charles notes expected to be placed into circulation in 2024.

As queen consort, Camilla steps into role as matriarch of royal family