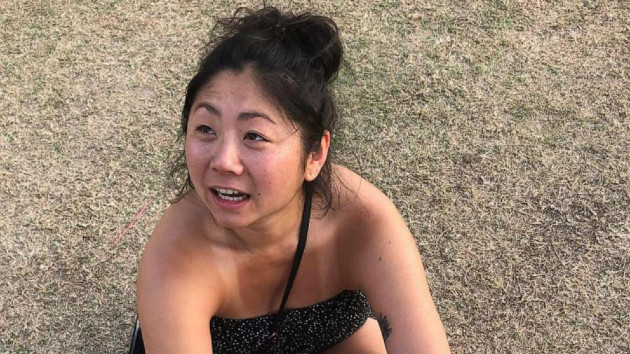 (NEW YORK) — A Memphis, Tennessee man that prosecutors in Fiji say fatally beat his wife in early July at an exclusive resort pleaded not guilty Wednesday in the High Court of Lautoka.

Prosecutors say that Bradley Robert Dawson, 38, killed Christe Chen Dawson, 36, while the couple vacationed on their honeymoon at the exclusive Turtle Island Resort and then fled to a neighboring island where he was arrested less than two days later. They presented Judge Riyaz Hamza an interview Dawson gave police upon his arrest in which they say he admits the couple got into a drunken argument that became physical and resulted in a broken windowpane and damage to the toilet in the bathroom.

“Christe was next to the toilet. She was hurt … There was blood and a cut on her face,” Dawson told police, according to prosecutors.

He later said he left the room and, upon returning, “freaked out” and fled on a kayak, prosecutors added. At the time of his arrest, he was found with his passport, $1,000 in cash, two credit cards and his wallet, prosecutors said.

Dawson’s defense attorney, Iqbal Khan, told the court that the interview did not contain an admission of guilt, Lawson never signed a police affidavit confession to the murder, and, apart from the injuries, there were no eyewitnesses to his actions. In defense documents obtained by ABC News, Dawson said that his wife could have died from head injuries she suffered from “falling down as she was drunk.”

A bail hearing has been set for Sept. 14. and Khan told the court that Dawson is willing to surrender his passport and remain in Fiji with a family friend, among other restrictions, before facing a trial possibly as early as 2023. In Memphis, Dawson worked as an IT specialist.

Dawson appeared in court in standard attire for the island, wearing shorts, a blue short-sleeved shirt, and flip-flops while handcuffed.

“I have faith,” he told ABC News before the hearing.

“I can only think of her and pray for her. I love her so much,” he said about his late wife, a Memphis pharmacist at a Kroger supermarket who had recently graduated from the University of Tennessee Health Science Center College of Pharmacy.

He added that he regrets he “could not protect her.” He said he is reading the Bible daily and accepts he may remain in jail for at least a year or more before his trial.

“I am just praying every day,” he said.