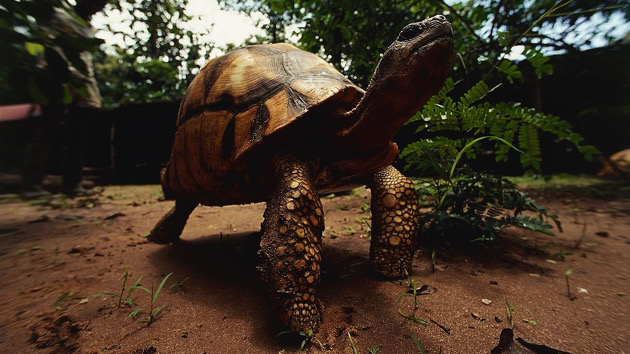 (NEW YORK) — More than a fifth of the world’s reptiles are at risk of extinction in the coming decades due to human activity, according to a new study.

Researchers applied criteria from the International Union for Conservation of Nature Red List of Threatened Species to more than 10,000 species around the world and found that over 21% are at risk — with nearly 58% of species of crocodiles and and 50% of species of turtles requiring urgent conservation efforts to prevent them from being wiped out from the planet, according to a study published Thursday in Nature.

Human activity, such as agriculture, logging, urban development and invasive species, are the main drivers of the threat to reptiles, according to the researchers. While climate change is assumed to be a factor, the exact risk it poses has not yet been determined due to the lack of long-term studies.

“Climate change is a looming threat to reptiles, for example, by reducing thermally viable windows for foraging, skewing offspring sex ratios in species that have temperature-dependent sex determination and contracting ranges,” the study states.

However, disease does not seem to be a prominent factor for loss of species, as only 11 species of reptiles were found to be at risk of widespread disease, the authors said.

Although previous findings have proposed reptiles to be most at risk in arid environments, such as deserts and scrubland, the researchers found that species inhabiting forests were more threatened, perhaps because of greater exposures to certain threats in forest environments. The study found that 30% of forest-dwelling reptiles are at risk of extinction, compared with 14% of reptiles in arid habitats.

Threatened reptiles were more concentrated in southeastern Asia, West Africa, northern Madagascar, the northern Andes and the Caribbean, according to the study.

Many of the risks that reptiles face are similar to those faced by other animal groups that have been assessed, such as birds, mammals and amphibians, and reptiles will also benefit from conservation efforts directed toward those other animals, according to the study. The paper, a joint venture by NatureServe, the IUCN and Conservation International, is the first risk-assessment study ever conducted for reptiles, the authors said.

“I was surprised by the degree to which mammals, birds and amphibians, collectively, can serve as surrogates to reptiles,” said Dr. Bruce Young, co-leader of the study and chief zoologist and senior conservation scientist at NatureServe. “This is good news because the extensive efforts to protect better-known animals have also likely contributed to protecting many reptiles. Habitat protection is essential to buffer reptiles, as well as other vertebrates, from threats such as agricultural activities and urban development.”

The study also highlighted the biodiversity that would be lost if such a large number of reptiles were to go extinct. If each of the 1,829 threatened reptiles were lost, the world would lose a combined 15.6 billion years of evolutionary history — including countless adaptations for living in diverse environments, the researchers said.

“Reptiles in the study include turtles, crocodiles, lizards, snakes, and tuatara, the only living member of a lineage that evolved in the Triassic period approximately 200-250 million years ago,” according to a press release by NatureServe, a wildlife conservation nonprofit.

Urgent and targeted conservation efforts, such as habitat restoration and controlling invasive species, are needed to restore the populations of many reptile species, the researchers said.

Ozone layer on track to recover within decades: ‘We need to be vigilant’

Madagascar faces millions of years of extinctions due to human activity, scientists say