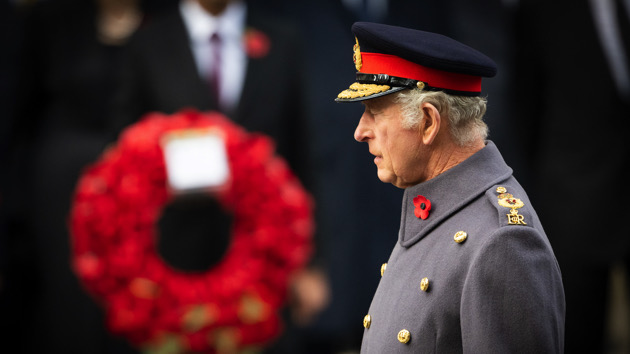 To mark the occasion, Buckingham Palace on Monday released a new photo of Charles, who is now 74.

Along with the photo, the palace announced that Charles has been named The Ranger of Great Windsor Park, a position that for the past nearly 500 years has been held by a member of the royal family.

Charles takes over as ranger from his father, the late Prince Philip, who held the role for 70 years.

He continued, “His Majesty’s passion and commitment to the natural world will be invaluable as we seek to become a center of excellence for environmental best practice, preserving and enhancing the Great Park for generations to come.”

As he assumes the new role, Charles will celebrate his birthday Monday privately, with no public engagements on his schedule.

Charles’ birthday this year is his first without his father or his mother, Queen Elizabeth II, who died in September at the age of 96.

Next year will be a monumental one for Charles, whose coronation will take place in May at Westminster Abbey.

Charles’s wife Camilla, the Queen Consort, will also be crowned during the ceremony, the first to take place since the queen’s coronation in 1953.

The palace has yet to announce details of the service but it is understood it will be smaller and shorter than the queen’s coronation.

Charles, a father of two and grandfather of five, was born at Buckingham Palace in London in 1948.

He was just 3 years old when he became the heir apparent, as his mother acceded to the throne as queen, following the death of her father, King George VI.

Charles was the first heir to see his mother crowned, according to a biography on the royal family’s official website.

This is why Charles III will be known as the 1st climate king, experts say