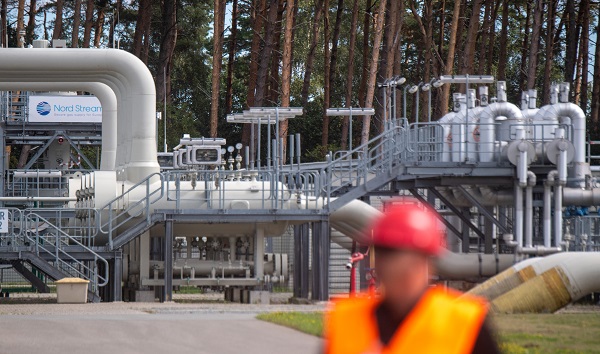 (NEW YORK) — A preliminary investigation of damages to the two Nord Stream gas pipelines in the Danish part of the Baltic Sea shows that the leaks were caused by “powerful explosions,” Copenhagen police said Tuesday.

Swedish and Danish authorities are investigating four holes in the Nord Stream 1 and Nord Stream 2 pipelines, which link Russia and Germany through the Baltic Sea. The investigations confirmed there is extensive damage to the pipelines, according to police.

Last week, Germany announced it has also opened an investigation into the damage to the pipelines.

Last month, President Joe Biden called the damage to the pipelines a “deliberate act of sabotage,” vowing to work with allies to get to the bottom of what exactly happened.

Russian President Vladimir Putin has accused the West of sabotaging the Russian-built pipelines, a charge vehemently denied by the United States and its allies.

The dispatchers of the Nord Stream 1 control center registered a pressure drop on both strings of the gas pipeline on Sept. 26. Pressure in both pipelines was stabilized on Oct. 3, according to the company that operates the pipelines.

According to Swedish newspaper Expressen, at least 50 meters, or 160 feet, of the pipeline appears to be missing after the explosion.

NATO has doubled its presence in the Baltic and North Seas to over 30 ships supported by aircraft and undersea activities, Secretary General Jens Stoltenberg said last week.

“We will further increase protection of critical infrastructure in light of the sabotage of the Nord Stream pipelines,” he said.

Workers clash with police at iPhone factory in China

Twin blasts in Jerusalem kill at least one, injure over a dozen others: Police