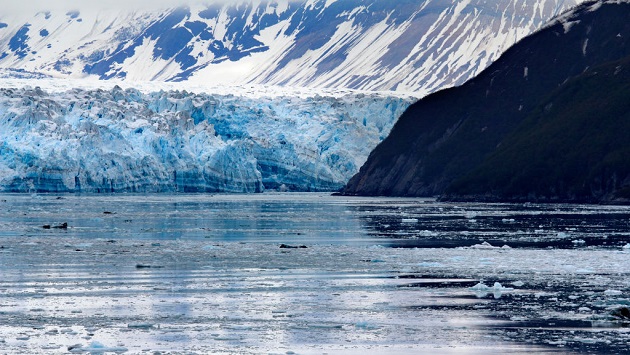 (NEW YORK) — A Norwegian cruise ship has canceled its nine-night Alaskan trip after the ship crashed into an iceberg off of the Alaskan coast on Saturday.

While there were no injuries and patrons and staff made it to Alaskan docks safely, the cruise line has canceled the rest of the scheduled trip and will return to Seattle Thursday morning.

The Norwegian Sun was transitioning to Hubbard Glacier in Alaska when the ship made contact with a growler, the cruise line told ABC News.

A growler is a small iceberg that has less than 3.3 feet of ice showing above the water, and is under 6.6 feet in width, the National Snow & Ice Data Center reports.

After impact, the ship changed course to dock in Juneau, Alaska, for further assessment. There, the company decided the cruise would be shortened and future trips canceled.

“The ship was given clearance by the United States Coast Guard and other local maritime authorities to return to Seattle at reduced speed,” a spokesperson for Norwegian Cruise Line said. “All guests currently onboard will disembark in Seattle as originally planned.”

A Norwegian Cruise Line spokesperson told Cruise Hive the ship was “engulfed by dense fog, limiting visibility and resulting in the ship making contact with a growler.”

Stewart Chiron, a cruise industry expert known as The Cruise Guy, told ABC News that growlers are very common when passing through areas with glaciers.

Chiron said ships do not usually get within 1,000 feet of the glaciers themselves, and commonly have impact with small pieces of ice that have broken off and floated away from the glaciers.

While impact with these pieces is common in the area, it is uncommon for a cruise to change its scheduled trip due to such an impact, Chiron said.

Chiron believes that Norwegian acted with “an abundance of caution” when it decided to start its voyage back to Seattle after assessing damages.

He said the ship was “obviously safe enough” since passengers were allowed to stay on the ship to return to Seattle.

Chiron does not think the patrons should worry because ship captains are used to these waters and will continue to sail there without issue.