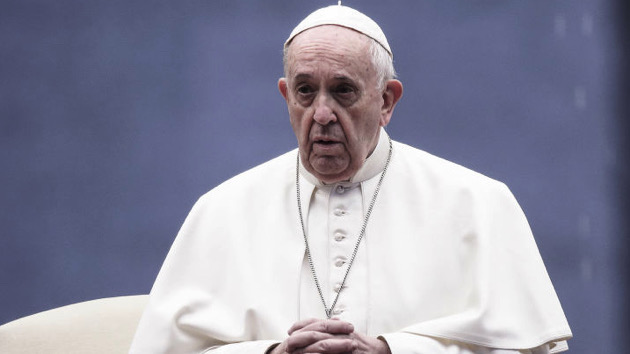 “I feel shame — sorrow and shame — for the role that a number of Catholics, particularly those with educational responsibilities, have had in all these things that wounded you, in the abuses you suffered and in the lack of respect shown for your identity, your culture and even your spiritual values,” Francis said in an address from the Vatican. “All these things are contrary to the Gospel of Jesus Christ. For the deplorable conduct of those members of the Catholic Church, I ask for God’s forgiveness and I want to say to you with all my heart: I am very sorry. And I join my brothers, the Canadian bishops, in asking your pardon.”

Earlier this week, Indigenous leaders from the First Nations, Metis and Inuit communities as well as survivors of Canada’s church-run residential schools held a series of meetings in the Vatican, calling for a formal papal apology for the Catholic Church’s role in what has been described as “cultural genocide.””

While the state of Canada has apologized for the system, in which Indigenous Canadians were ripped away from their homes to be raised in boarding schools characterized by appalling conditions, Friday’s statement was the first formal apology from the Catholic Church.

At least 150,000 Indigenous children were part of the system while it was active, and more than 6,000 are estimated to have died, according to a 2015 report by the Truth and Reconciliation Commission of Canada. The report stated that the residential school system, in operation for over a century until the final institution was closed in the 1990s, was created to separate Aboriginal youths from their families and “indoctrinate children” into a new culture.

According to the report, cases of physical abuse and neglect were rife in residential schools, and there was no recorded cause of death in around half of the cases. The true number of deaths is unlikely to be ever known due the number of destroyed and incomplete records, the report stated.

The Catholic Church is estimated to have operated around two-thirds of Canada’s residential schools. Each of the three Indigenous groups as part of the Canadian delegations to the Vatican had asked for a papal apology. Francis expressed “indignation” and “shame” at what he had heard from the Indigenous leaders this week.

In recent years, the discovery of mass graves — such as the remains of 215 children found at the Kamloops Indian Residential School in British Columbia last year — have highlighted the unresolved trauma felt by Canada’s Indigenous communities.

Earlier in the week, Canadian Prime Minister Justin Trudeau and Chief Willie Sellars of Williams Lake First Nation announced additional funding to support those affected at St. Joseph’s Mission Residential School in British Columbia, where investigations this year found sites believed to be unmarked graves. Trudeau described the pain felt as “deep and everlasting,” while Sellars said there is “a huge amount of work still to be done.”

Francis heard testimony from various school survivors and Indigenous leaders this week, all of whom called on the pope to apologize and visit Canada.

In his apology on Friday, the 85-year-old pope expressed his intention to travel to Canada, where he would “be able better to express” his closeness.

Children among victims of blast at entrance of school in Kabul, Afghanistan