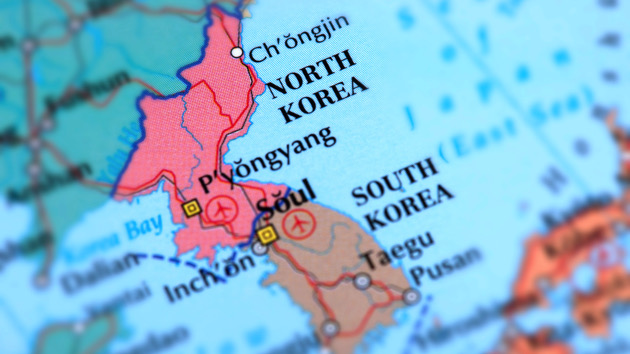 Pyongyang has test-fired its missile system 19 times this year alone, including the latest launch of two cruise missiles Wednesday morning, as intelligence in the U.S. and South Korea has confirmed that North Korea is prepared to conduct its seventh nuclear test.

South Korean President Yoon Suk-yeol said on Wednesday at a press conference that if North Korea expresses a “steady will” to denuclearize, an “audacious” economic booster program could be on offer from the South but said that talks between the two Koreas will not take place unless it is to establish a substantive and long-lasting peace.

Unlike the previous pro-North government, Yoon’s new administration has taken a more aggressive approach to North Korea’s military provocations in the past 100 days.

The joint forces are now gearing up for the 10-days-long Ulchi Freedom Shield joint military exercise which is set to begin next Monday.

Public sentiment in South Korea has broadly indicated that, with no end in sight regarding the easing of tensions between the two nations, it might make sense for South to go nuclear itself.

“Those who assert that South Korea should develop its own nuclear weapons point out the unequal, threatening fact that North Korea has it and South Korea does not,” Kim Hyung-suk, president of the Council on Diplomacy for Korean Unification, told ABC News. “But it’s only an instantaneous idea. There are numerous restraints to actualize a South Korea-made nuclear weapons program.”

According to a public opinion poll report by the Chicago Council on Global Affairs, 71% out of 1,500 people surveyed said that they are in favor of South Korea developing its own nuclear weapon while just 26% percent were against the idea.

Asked by ABC News whether he agrees with such sentiments, Yoon said he remains committed to the Non-Proliferation Treaty which he referred to as an “essential prerequisite for lasting world peace.”

Yoon, however, is currently facing strong disapproval ratings in South Korea due to domestic political conflicts within his own party, a majority opposition in the National Assembly, and several scandals coming from within his own cabinet. Yoon apologized to South Korean’s on Wednesday for these issues and pledged to “listen” to the people with “modesty.”

Search for tiger on the loose in South Africa

Cake should not be brought into the office, UK food agency chief says