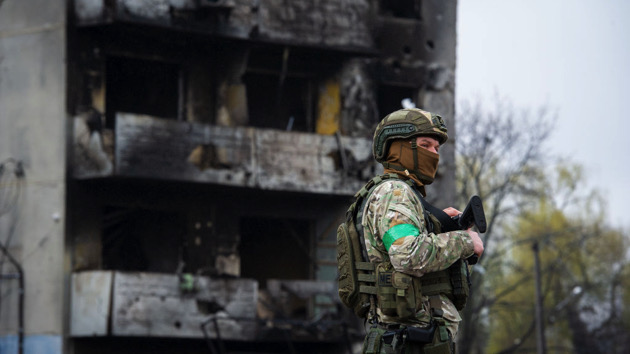 Apr 25, 9:25 am
Biden announces nominee for ambassador to Ukraine

Brink is currently the U.S. ambassador to the Slovak Republic and previously served as senior adviser and deputy assistant secretary in the State Department’s Bureau of European and Eurasian Affairs.

U.S. Secretary of State Antony Blinken on Monday said Russian had “already failed” to achieve its stated goals in Ukraine.

“In terms of Russia’s war aims, Russia has already failed,” Blinken told reporters in Poland, near the Ukrainian border. “And Ukraine has already succeeded because the principal aim that President Putin brought to this, in his own words, was to fully subsume Ukraine, back into Russia to take away its sovereignty and independence. And that has not happened and clearly will not happen.”

Blinken and U.S. Secretary of Defense Lloyd Austin met on Sunday with Ukrainian officials in Kyiv, the capital, becoming the highest-level U.S. officials to visit the war-torn country since Russia invaded in February.

“We appreciate the unprecedented assistance of the United States to Ukraine,” Zelenskyy said, according to his office. “I would like to thank President Biden personally and on behalf of the entire Ukrainian people for his leadership in supporting Ukraine, for his personal clear position.”

He added, “To thank all the American people, as well as the Congress for their bicameral and bipartisan support. We see it. We feel it.”

Apr 25, 1:03 am
US to provide $322M in additional aid, diplomats to return to Ukraine, officials tell Zelenskyy

The United States will provide Ukraine with $322 million in new aid and some diplomats will return to the war-torn country, U.S. Secretary of State Antony Blinken and U.S. Defense Secretary Lloyd Austin told Ukrainian President Volodymyr Zelenskyy in Kyiv on Sunday.

Blinken told Zelenskyy the U.S. would begin returning its diplomats to Ukraine this week, according to the senior State Dept. official. The U.S. will reopen offices in Lviv in western Ukraine, with diplomats traveling there from Poland each day, with the goal to “have our diplomats return to our embassy in Kyiv as soon as possible.”

Apr 24, 5:23 pm
US secretary of state, defense chief meeting with Zelenskyy in Kyiv

An advisor to Ukrainian President Volodymyr Zelenskyy said that U.S. Secretary of State Antony Blinken and U.S. Defense Chief Lloyd Austin are meeting with Ukraine’s leader on Sunday in Kyiv.

The adviser, Oleksii Arestovich, said in an interview on Ukrainian TV late Sunday that the talks are going on “right now.”

More than 2.9 million people have fled Ukraine and sought refuge in Poland since the Russian invasion began in February, the Polish Border Guard said on Sunday.

On Saturday, about 21,100 people entered Ukraine from Poland, while 15,100 fled to Poland from Ukraine, the agency said on Twitter.