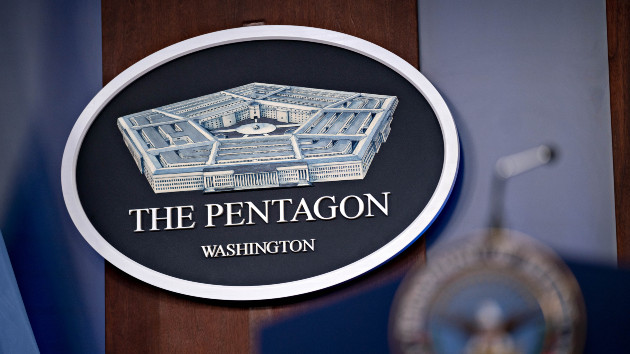 (WASHINGTON) — The Pentagon has been providing daily updates on the U.S. assessment of the Russian invasion of Ukraine and Ukraine’s efforts to resist.

Here are highlights of what a senior U.S. defense official told reporters Tuesday on Day 55:

“These are actual ground offensives, and they are being supported, of course, by some long-range fires, mostly artillery, which is right out of the Russian doctrine,” the official said.

But while there is ongoing fighting in the region, a more devastating offensive is still in the works.

The Pentagon believes Russia’s military is working to learn from its mistakes fighting in the north, where it was plagued with logistical and supply problems, conducting what officials call “shaping operations” to set favorable conditions on the battlefield before beginning its new offensive in earnest.

Over the last 24 hours, two Russian battalion tactical groups (BTGs), or up to 2,000 more combat troops, have been sent into Ukraine, according to the official. This brings the total to an estimated 78 BTGs inside the country, all in the south and east.

About 75% of Putin’s total combat power originally arrayed against Ukraine remains, according to the official. This takes into account all military capabilities, including troop casualties, destroyed vehicles and aircraft, and expended missiles. This is the lowest assessment we’ve heard out of the Pentagon.

Fall of Mariupol and Donbas ‘not inevitable’

“People speak about this as if it’s inevitable, that Mariupol is going to fall, that it’s inevitable that Donbas will be taken by the Russians. We don’t see it that way. And we’re doing everything we can to make sure that it’s not inevitable,” the official said.

With fighting concentrated around Donbas, Ukraine has to move aid coming in from the U.S. and others all the way across the country.

“Right now we know from our discussions with the Ukrainians that they are getting this materiel, it’s getting into the hands of their fighters,” the official said.

But Russia aims to isolate Ukrainian forces in the east.

“Clearly what the Russians want to do is cut them off and to defeat them in the Donbas,” the official said, reiterating that defeat is not inevitable.

Ukraine has more operable planes than two weeks ago

At a separate briefing later Tuesday, Pentagon spokesman John Kirby said Ukraine currently has more operable military planes right now than it did two weeks ago because Ukraine has received additional aircraft as well as parts to get damaged planes flying again.

Kirby was reticent to provide any details on where the parts and planes came from but stressed that they did not come from the U.S.

“They have received additional aircraft and aircraft parts to help them get more aircraft in the air,” Kirby said at the on-camera briefing at the Pentagon.

“And that’s not by accident, that’s because other nations who had experience with those kinds of aircraft have been able to help them get more aircraft up and running,” said Kirby.

The U.S. assesses Russia has fired at least 1,670 missiles against Ukraine since the beginning of the invasion. The official noted that bad weather lowers visibility, making it harder for the U.S. to observe launches and other battlefield actions, so the actual number could be higher.

Despite the recent airstrikes in Kyiv and Lviv, Russia’s firepower is focused on Mariupol and Donbas.

How much has US military aid helped Ukraine’s stunning offensive?