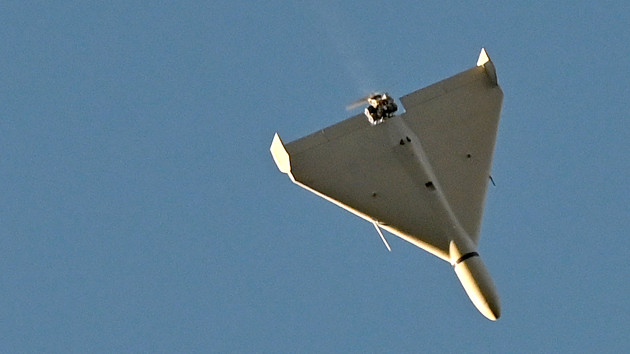 (NEW YORK) — ABC News has obtained a letter sent by a top Ukrainian official to senior members of Congress, asking them to assist Ukraine’s calls for additional air defense systems to counter the attack drones built and supplied by Iran to bolster Russia’s war effort.

In the letter, the chairman of the Ukrainian parliament, Ruslan Stefanchuk, calls on the U.S. to provide Ukraine with highly mobile air defense systems known as C-RAMs, saying they would help protect “important objects, especially crucial power plants.”

C-RAMs have a built-in radar to track incoming threats and a giant rapid-fire gun to shoot them down, with NATO saying the “most effective” systems are able to fire 4,500 rounds per minute.

A senior Ukrainian politician told ABC News that the Ukrainian government has also made an official request to the Biden administration for the C-RAMs systems.

ABC contacted the Ukranian Ministry of Defense for comment. The Pentagon does not comment on specific Ukrainian requests for weaponry.

However, Pentagon spokesperson Lt. Col. Garron Garn told ABC News this week that U.S. support “focuses on equipment that is relevant for the current fight.”

“We are working around the clock to fulfill Ukraine’s priority security assistance requests, delivering weapons from U.S. stocks when they are available,” he added.

As things stand, Ukrainian officials say they are using an array of methods to shoot down the drones.

Ukrainian fighter jets are being used to track them and, in some instances, shoot them down, according to the Ukrainian politician who has been briefed on the matter.

“We are using all kinds of different stuff [to destroy the Iranian drones],” the source told ABC News, adding that the Ukrainian military even sometimes resorts to shoulder-launched anti-tank weapons to counter the threat.

The White House last month indicated that Russia is launching Iranian-supplied drones from Crimea, a peninsula to the south of mainland Ukraine that was illegally annexed by Russia in 2014.

The White House National Security Council spokesperson, John Kirby, also said at the time that a “relatively small number” of Iranian personnel had been on the ground in Crimea to assist the Russians in how to operate the drones.

The drones fly slowly, giving the Ukrainian military a matter of hours from the moment they are launched from Crimea, through to when they reach their targets, Ukrainian officials said.

However, Ukrainian officials said the drones are able to change trajectory mid-flight, making it harder for the military to position assets that could shoot them down.

In his letter, Stefanchuk also asks senior U.S. lawmakers to assist him in asking the Biden administration to provide longer-range missiles so that the Ukrainian military could destroy targets such as “stocks of Iranian drones, deep behind the enemy lines on the occupied territory of Ukraine.”

The U.S. announced in August that it promised another six NASAMS launchers to Ukraine, but it could be some time until they arrive in the country.

“We’re not talking about a few systems near the front lines,” the official added. “If we have this [comprehensive air defense] system, this war can end sooner and that’s in all of our interests.”

At a NATO meeting, he stressed that air defense systems would have to be provided to Ukraine by a number of countries.

“The task is then to bring those together, get them deployed, get them [the Ukrainians] trained, because each of these systems is different,” Milley said.

Last weekend, after weeks of denials, Iran finally acknowledged that it has supplied Russia with drones.

However, Iran’s foreign minister claimed Tehran only sold a relatively small number of drones to Russia and did so before President Vladimir Putin’s full-scale invasion of Ukraine in February.

He also claimed that Iran had no knowledge that the drones were being used to attack Ukraine.

Russia-Ukraine live updates: Ukraine urged to investigate use of landmines in Izium