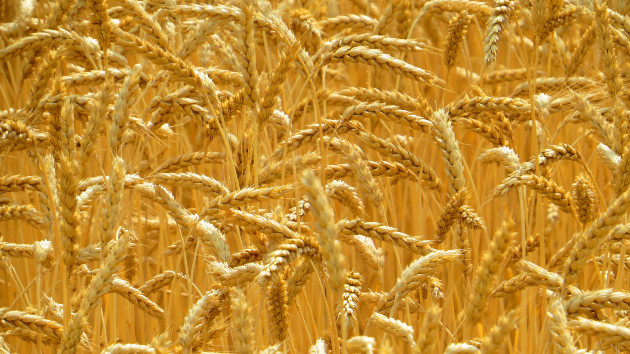 (LVIV, Ukraine) — In southern Ukraine, far from the frontlines of the war, the planting season is set to begin. There, farmers are preparing for a crucial upcoming season, which will prove pivotal for not just Ukraine, but the global food supply in the months and years ahead, in what one farmer described as the “second frontline.”

The war has already ushered in a “staggering” humanitarian and economic crisis, according to Anna Bjerde, World Bank vice president for the Europe and Central Asia region, with the Ukrainian economy expected to shrink by 45% this year. Yet the crisis could extend far beyond the country’s borders, with Ukraine’s claim to be one of the world’s “breadbaskets” now at risk.

The country is a top ten global exporter of a number of key agricultural products, including wheat, barley, corn, sunflower oil, soybeans and poultry, and officials and farmers warn the disruption caused by the invasion will have global consequences.

Facing the realities of a land war in the country, farmers have been forced to improvise, but time is running out, Alex Lissitsa, a leading businessman and president of the Ukrainian Agribusiness Club, told ABC News.

“Farmers are very, very flexible and especially the Ukrainians are also very, very flexible and adaptive,” he said. “But right now, even the Ukrainian farmers did not expect the brutality of the Russians. We did not expect actually the whole infrastructure bill will be broken here… the main question is actually about the future because I did talk to two farmers; I did talk to companies and everybody has money left for the next four or five months. But if we cannot sell our products, if we don’t have access to the export markets and the world market, it’s done.”

“The majority of Ukrainian farmers will become bankrupt somewhere [around] the summer,” he added.

Food prices globally are already rising at the fastest rate in history, with the U.S. Department of Agriculture now estimating that Americans are likely to pay between 4.5%-5.5% more for food this year.

An estimated 70% of Ukraine — an area larger than Italy — is used as farmland, according to USAID. Russia has been accused by Ukrainian officials of destroying grain silos and key infrastructure during their invasion, as well as laying mines on significant areas of arable land.

Around 70% of Ukraine’s exports are moved by Black Sea ports, in places like Odessa and Mariupol, which have now been blocked from carrying out this function due to incessant Russian shelling.

“It’s quite clear that their goal is to create harm in Ukraine,” Taras Vysotskyi, Ukraine’s first deputy minister of Agriculture, told ABC News. “The main directions of destroying actual machinery, silos, fuel storages, animal farms and blocking the possibilities to export, which means less of cash, less of money for the agricultural producers to keep working and keep planting for the next season.”

Products, from maize to cattle, can be held in storage for varying amounts of time, but the longer the war drags on the more likely it will be that these cannot be exported and are at risk of being wasted, he said.

“If the ports keep blocked, it’s really a disaster for Ukraine agriculture because it has been export oriented, usually in the last decade, like 70%, 75% of all agricultural commodities have been exported, so we can’t consume them inside,” Vysotskyi said.

Around 300 million people are fed on Ukrainian products around the world on a yearly basis, Vysotskyi said, but current capacity — the export infrastructure is only working at 10% of the usual amount of goods — are leaving the country through alternative means, he said.

Russia, too, is a major player on the global agricultural stage, and senior official Dmitry Medvedev has warned that Russia “will supply food and crops only to our friends” this month, and the country’s increasing isolation on the global stage could have similar consequences to the disaster in Ukrainian agriculture.

Countries in Africa and the Middle East are particularly vulnerable to the crisis. Somalia and Benin have a total dependence on imports of mostly Russian and Ukrainian wheat, and many other countries rely on them for more than half their wheat imports, according to a rapid assessment by the United Nations Conference on Trade and Development.

“The combination of very high prices of food and fuel and macroeconomic tightening will place severe pressure on households in developing countries: real incomes will be squeezed, and economic growth will be constrained,” the UNCTAD stated in its March assessment. “Even in the absence of disorderly moves in financial markets, developing economies will face severe constraints on growth and development.”

“Overall, the war is really going to damage international consumers and theirs, as well as countries where people are less rich,” Vysotskyi said. “Then of course, they will feel it more… So it wouldn’t be as a matter of price, it’s just that they can’t find it physically and what to eat.”

Both Lissitsa and Vysotskyi said a package of international financial support is vital to alleviate the crisis.

“Otherwise, we will have in one year even the war zone situation, because right now we’ll be discussing about global hunger,” Lissitsa said. “But if Ukrainian farmers will go bankrupt actually in that year, then next year will be even worse situation. I think the majority of the countries, especially when it comes to Africa but also in Asia, do not understand how serious is that problem.”