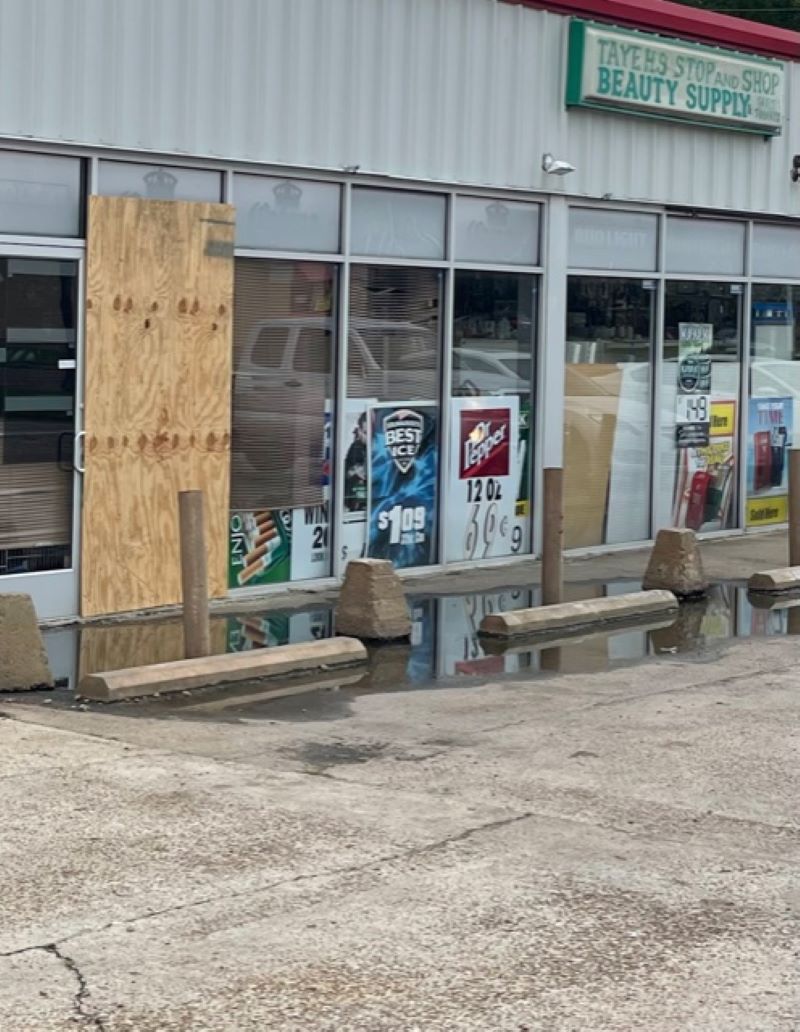 Photo; Jay Allen, Delta Daily News
According to Cleveland Police Chief Buster Bingham, on September 19th at around 6:30 pm, the Cleveland Police Department received calls of shots fired around Tayeh’s Stop and Shop on Highway 61 across from the Country Platter.
Officers were dispatched to the scene and while in route, dispatch received calls from another area around Tayeh’s store of shots fired.
When officers arrived on the scene it was determined that a small white car drove by the store and started shooting at another car in the parking lot of Tayeh’s Stop and Shop. As the car was leaving the parking lot, the white car began to follow them and continued shooting at them.
The Cleveland Police Department does have video footage of the incident and the case is under investigation. They do expect charges to be forthcoming.
If anyone has any information regarding this incident, please call the Cleveland Police Department at 662-843-3611 or CrimeStoppers at 1-800-222-TIPS.
Contact Jay Allen at [email protected]

2 Suspects In Cleveland Murder Arrested By US Marshalls In Texas

Booster Shots To Possibly Be Delayed