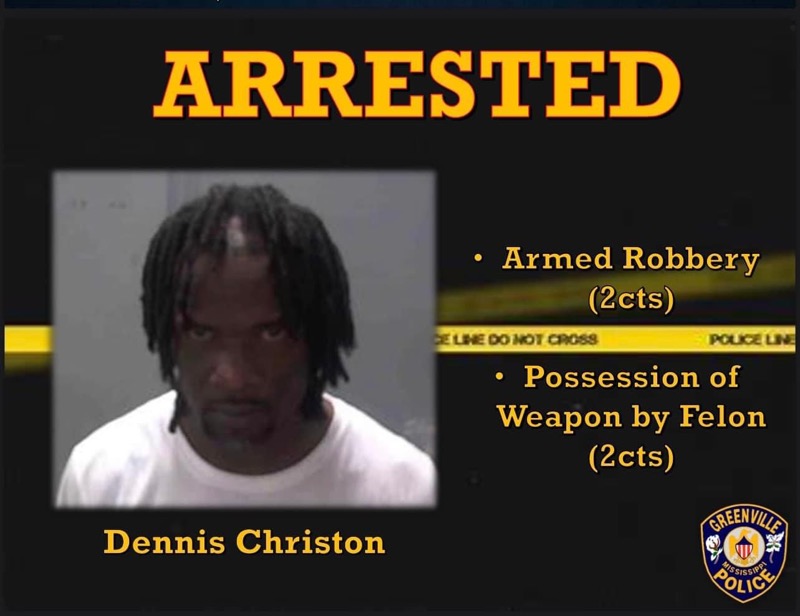 The first robbery took place on Wednesday, May 25th at the Family Dollar store on Harvey Street. Christon entered the store displayed a firearm and demanded cash from the safe. Christon took an undisclosed amount of currency and was seen fleeing the area.

The second robbery took place on Thursday, May 26th at the Dollar General store in the 1700blk of Highway 1 North.

Christon again entered the store displaying a firearm and demanding cash. Christon took an undetermined amount of cash and fled the scene on foot heading towards Broadway.

Due to the help of a CrimeStoppers tip, police investigators were able to develop enough information to obtain a search warrant of Christon’s home in Metcalfe, where items from both robberies were discovered.

GPD would like to thank each call and CrimeStoppers tip that led to Christon’s arrest. Christon is currently being held in the WCRCF awaiting his Initial appearance.

Separate Arrests Made In Greenville Robbery And Shooting