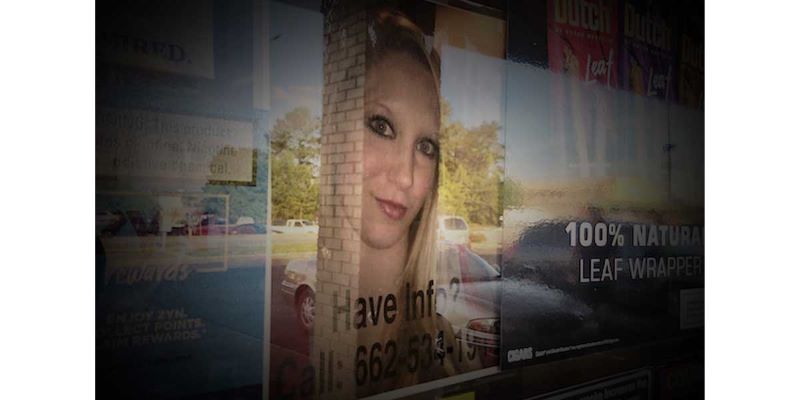 Coming up on the one-year anniversary of the mysterious disappearance of Jessica Stacks, too many questions remain unanswered.

Here is what we do know:

2. Stacks was seen with Jerry Wayne Baggett, and their images were captured on a video at the West Union (Poolville) Quick Stop west of New Albany.

3. Jerry Wayne Baggett later told Union County law enforcement officers that, not long after they left the store, he and Stacks put a small boat into the Little Tallahatchie River at the County Road 46 bridge. The CR 46 bridge is approximately a mile and a half from the Poolville store.

4. Bagget told public safety officials that Willie Stinson, a Union County resident, assisted him and Stacks in putting the boat into the river. He said Stacks gave her cell phone to Stinson, so he could be called to pick them up later when they wanted to end their excursion on the river.

5. The small boat had no motor and no proper oars or paddles. Improvised objects, possibly including a small flat shovel, were apparently to be used to control the boat.

6. Rains had swollen the Little Tallahatchie and the current was swift.

As if this is not suspicious enough, the days after her disappearance, make the entire situation even more suspicious.

On Friday, New Year’s Day 2021, 10 p.m., well over 12 hours after Stacks and Baggett were said to have put the boat in the Tallahatchie, Union County law enforcement was informed that Stacks was missing.

Why so long after? It was cloudy and dark that morning, and because of the rain, the river was more dangerous than usual. Jerry Wayne Baggett would like us to believe that he let Jessica out of the boat shortly after leaving shore to wade to the shore and to leave his company.

Baggett told public safety officials that night that, some time after putting Stacks out on the right bank, he landed the boat and got out of it on the left bank of the river some distance downstream. Baggett said he called his son on a cell phone to come to pick him up. Someone, it is not clear who did retrieve Baggett. It is unclear why so much time elapsed before Stacks was reported missing.

A search was started immediately that night, and search and rescue resources were gathered for an intensive search.

On Saturday, January 2, 2021, extensive search and rescue resources were brought together from around the state, and an exhaustive search for Stacks started at daybreak.
Heat-seeking drones were put in the air, working a grid pattern over the flooded river and river bottom in the attempt to find Stacks, as well as boats, ATVs, and local public safety officials on foot searched for Stacks.

They were joined in the search by more than 30 members of a task force of people certified by the National Search and Rescue Association (NSRA).

Baggett showed searchers the spot where he said Stacks left the boat on the north bank of the river.

Near that spot, investigators found a place where someone had sat down on the ground for a period of time. Nearby they found a tree that had been cut or chopped on with some kind of sharp instrument. Some small limbs had been cut off of the tree. Oddly, a breaker fuse, about three inches long was found, stuck in a crevice of the tree.

About 50 yards from the tree, investigators found a single green LaCrosse-type rubber boot with the top cut off. Before the boot was found, Baggett had told law enforcement officers Stacks had cut the top off of the boot because it was rubbing on her leg. Only a single boot was found, a lady’s size six or seven.

A coat believed to have been similar to one Stacks had been wearing was found near the single boot.

Investigators tracked someone, presumably Stacks, about 100 yards west up the river bank toward County Road 46. The tracks then turned north some distance toward Highway 30, but disappeared into water standing in a crop field.

With little progress being made by Sunday, January 3, 2021, a Mississippi Highway Patrol helicopter joined the search for Stacks but yielded no results.

By Sunday, January 10, nighttime temperatures in the Tallahatchie River bottom had dropped to a seasonably typical 32 degrees or below, reducing the likelihood of survival for anyone not properly clothed or sheltered.

By the end of the month, and no sign of Jessica, the focus of the search turned into a recovery effort and specially trained cadaver dog teams joined in the search.

In early March Union County Sheriff Jimmy Edwards said the investigation had become complicated by bogus information including someone who claimed to have seen a body under the Rocky Ford bridge and another individual who claimed to “know where Jessica is buried.”

Sheriff Edwards did not mention his, or any of his deputies’ relationship with the Badgett family as one of the complications even though there is a documented history between them.

Interest was kept alive by speculation on Facebook and other social media. Law enforcement officials spent countless hours pursuing “leads” that sprung from social media, but none produced useful evidence.

There is little doubt that if it were not for the internet, this case would be in a “cold case” file somewhere which would keep the Sherif from investigating a friend and possibly some of his own deputies for their potential roles in Ms. Stacks disappearance.

Curiosity about the Jessica Stacks case spiked upward after Gabrielle “Gabby” Petito was reported missing by her family on Sept. 11, 2021. The story made national news, and Petito’s body was found in Bridger-Teton National Forest in Wyoming on Sept. 19. Petito’s death was ruled a homicide. Police are still searching for her boyfriend.

Posters seeking information about Jessica Stacks continue to appear around Union County. Interest on social media and other websites continues.

There was no evidence in the Petito case either, yet that did not stop law enforcement and national media from latching onto the story.

When will Jessica Stacks be found?

In addition to investigative efforts by the Union County Sheriff’s office, other public safety agencies, including the Mississippi Highway Patrol, the Mississippi Office of Homeland Security Search and Rescue Task Force, at least three teams of out-of-state investigators, firefighters trained in rescue work, etc. have tried to find Jessica Stacks and determine what happened to her. All together several thousand hours of time have been spent on the search and investigation.

About 600,000 people disappear in the United States every year, and around 90 percent of them are found dead or alive within a relatively short time. That means, of course, that around 60,000 disappear every year and are not found.

The Missing in Mississippi podcast looking into this case can be found here in its entirety.

PART ONE OF THE SERIES

WITH SO MANY MISSING, WHY DO SO FEW MAKE NATIONAL HEADLINES?

WITH SO MANY MISSING, WHY DO SO FEW MAKE NATIONAL HEADLINES?

HEALTH AND WELLNESS FAIR COMING UP IN GREENWOOD

The Institute for the Advancement of Minority Health, Turner... Read More.
Tuesday, November 23

SANTA CLAUS IS COMING TO TOWN!

Get ready downtown Cleveland... for the big man himself... Read More.
Monday, November 22