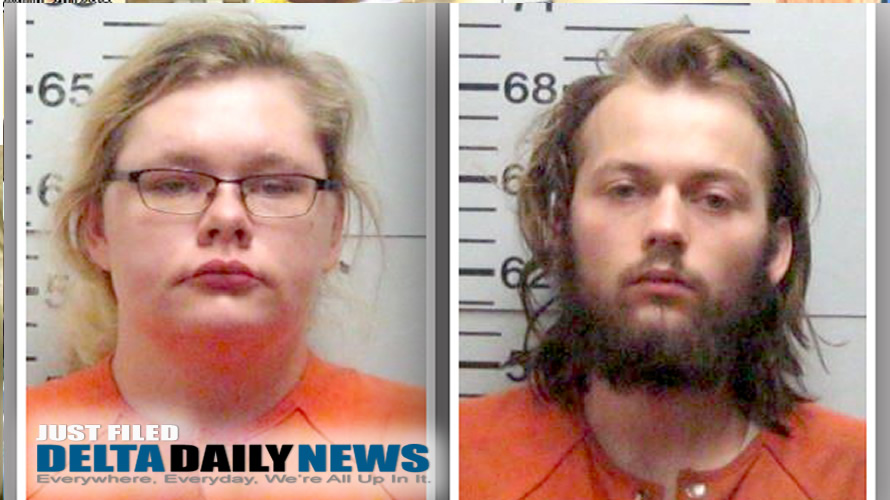 (Ben Caxton)—Warren County Sheriff Martin Pace said he and deputies Johnny Beauchamp and Dustin Keyes arrested Jesse James Thomas, 21, and Cassie Makalya Drummond, 21, both of West Monroe, La., about 5:30 p.m. Sunday at a home on Perry Circle. He said the couple was found hiding in a locked bathroom closet at the home.

Pace said Thomas and Drummond face charges of second-degree murder in the shooting death of a man who was shot about noon Friday in Monroe and died Saturday. He said they were being held in the Warren County Jail awaiting return to Louisiana.

He said information from the Monore Police Department indicated one of the suspects had relatives in the Floweree Road area, which led to the arrest of Thomas and Drummond.

When the couple was arrested, the sheriff said, deputies found a backpack containing narcotics and a 9mm handgun believed to be the murder weapon.

“We will file charges against them at a later date for the narcotics,” Pace said. “We recovered Ecstasy, Xanax, edible marijuana products, CDD oil (cannabis oil) and what we believe to be heroin. All of this will be sent to the (Mississippi) State Crime Lab. Monroe will have them first for the murder charges.”

He said family members were at the home at the time of the arrest but no charges were filed, and the case has been referred to the 9th Circuit District Attorney’s office.

A Pineville police officer was ambushed Sunday night around 11:20 p.m

Authorities are investigating the deaths of three people discovered at a Louisiana home.