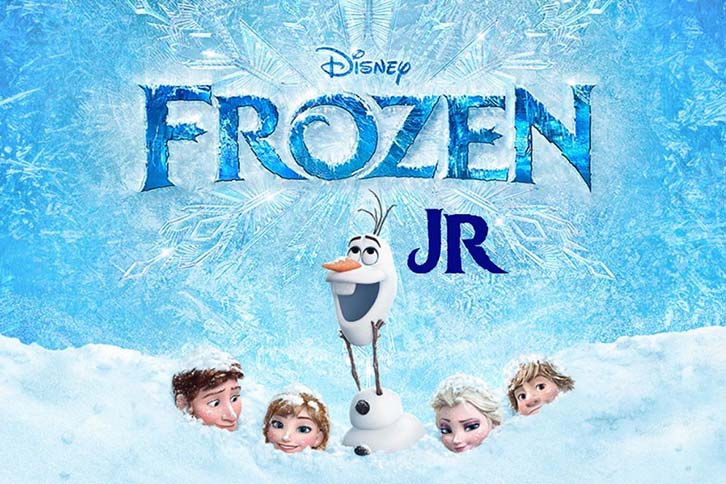 Based on the 2018 Broadway musical, this special adaptation for children’s performances brings Elsa, Anna, and the magical land of Arendelle to life, onstage!

The show features all the memorable songs from the animated film plus five new songs written for the Broadway production. A story of true love and acceptance between sisters, Frozen Jr. expands upon the emotional relationship and journey between Princesses Anna and Elsa. When faced with danger, the two discover their hidden potential and the powerful bond of sisterhood. With a cast of beloved characters and loaded with magic, adventure, and plenty of humor, Frozen Jr. is sure to thaw even the coldest heart! Disney’s Frozen Jr. is presented through special arrangements with Music Theatre International (MTI), All authorized performance materials are also supplied by MTI. www.mtishows.com

Delta Center Stage was founded in 1979 by a group of volunteers to bring live theatre back to the Delta Community. Rising from the ashes of Greenville/Leland’s “Twin City Theatre Guild” which had folded seven years earlier, Delta Center Stage since its founding has produced a subscription season of plays continuously for 40 years. Until 2002 DCS functioned entirely through the contributions of volunteers from every walk of life. On June 1 of 2002, after 23 years as a volunteer organization, Delta Center Stage hired its first full-time employee, Executive Director Tim Bixler.

Delta Center Stage or “DCS” as everyone knows it, has compiled a remarkable record of artistic success and community service, gathering strength on the tradition of support for arts and literature that distinguishes its hometown of Greenville, MS.  While staying focused on its mission of service to its local community, DCS is also an ambassador outside of its community through participation in state, regional, and international theatre festivals. Seven times in the past 20 years DCS has been our state’s representative to the Southeastern Theatre Conference (SETC) regional festival. Three of Delta Center Stage’s members have served on state, regional, and national theatre organizations, and DCS has three times represented the United States internationally in amateur theatre festivals. In June of 2005, Delta Center Stage was one of only ten community theatres nationwide that earned a slot to perform at AACTFest, the US national community theatre festival, with their production of “The Glider” by Katherine Snodgrass.

Delta Center Stage has a very active youth and children’s program, providing wholesome supervised activity for young people during the summer of each year through the production of their annual summer youth musical, where young people from the community produce a show almost entirely on their own. Many other educational and collaborative efforts with schools and other arts organizations are also supported each year.

Greenville PD Gets New Tasers Thanks To Generous Donation