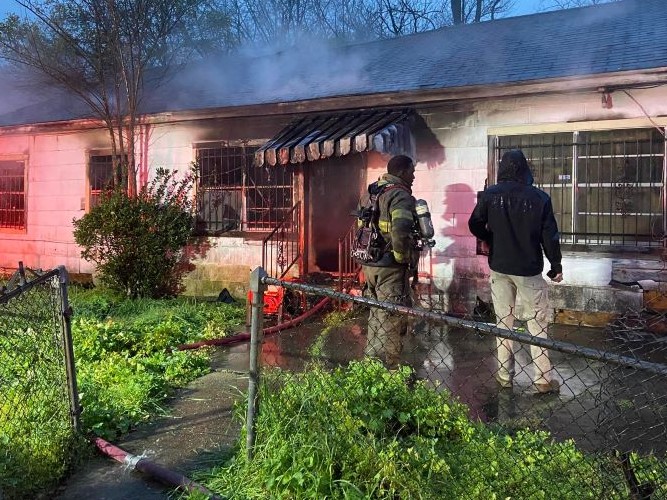 A message from the desk of the Greenville Fire Chief:

“The last several weeks have been challenging for the men and women of the Greenville Fire Department. Several weeks ago, 3-year-old Jaiden Bennett lost his life in a structure fire that left grief after doing all that was possible to rescue him. Then a week from that exact day, Relief Lieutenant Dusty Harbison, Lieutenant Buggs, Captain Ivory Walker, and Assistant Chief Renover White rescued, performed CPR and transported a 2-year-old boy from a structure fire on South Percy to Delta Health -The Medical Center.

Just after 6:00 a.m., a female victim awoke to find fire inside her home and was trapped. She fled to the bedroom and called 911. After the fire dispatcher announced the address and that a victim was trapped with burglary bars on all windows. Our Training Chief Lonnie Smith, was blocks away before the start of his shift at his personal business (Dynamic Technology) and heard the call on his radio and dashed to the location just before fire units arrived. Once on scene, Chief Smith noticed a hand out of the window and a voice yelling for help. With the bars on the window and no rescue tools, Chief Smith physically removed the bars after a few tugs. The female’s voice excitedly said, “Get My Baby!” So, Chief Smith got her and removed her from a smoking flaming structure that nearly ended her life. I first thank God for His Grace and Mercy for sparring the lives of the rescued. I thank God for this noble profession that I love (firefighter). But sincerely thank God for Greenville’s bravest firefighters. Job well done!”