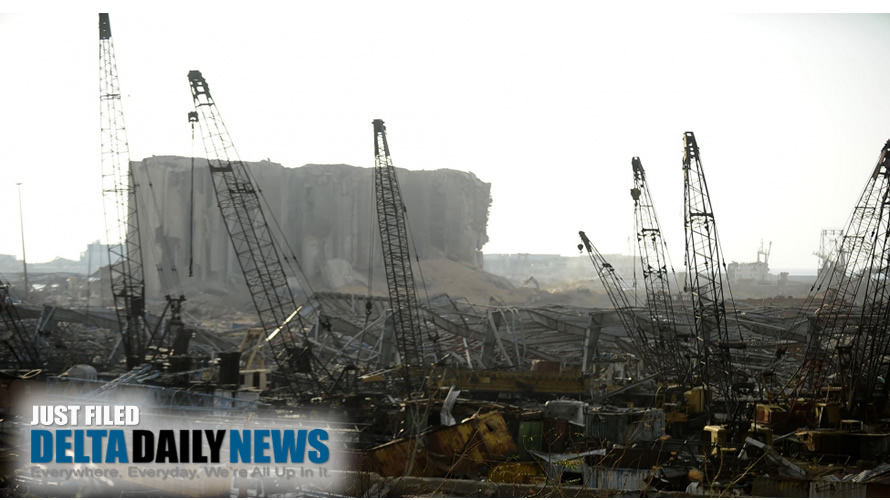 Aug. 18 (Ben Caxton)– An explosives manufacturing company from Mozambique said Tuesday that it purchased the ammonium nitrate that sparked the devastating blast in Beirut’s port.

Fabrica de Explosivos Mocambique told CNN it originally ordered the 2,750 metric tons of ammonium nitrate to be used for mining, but the order never made it to Mozambique but rather remained in a container at Beirut’s port for more than six years before the Aug. 4 blast that killed 154 people.

“This is not common. It’s absolutely not common,” a representative for the company said. “Usually, when you place an order for whatever it is that you’re buying, it’s not common that you don’t get the goods. This is a vessel, it’s not like one thing that was lost in the mail, it’s a big quantity.”

The representative said FEM worked with an outside trading company to facilitate the transfer of the ammonium nitrate, which originated in Georgia before being transported on the Russsian ship, Rhosus. The ship was detained and later impounded by Lebanese officials.

A pair of explosions rocked Beirut’s port on Aug. 4 with a smaller explosion stemming from a fire that started inside a warehouse and a larger secondary blast that sent a shockwave miles throughout the city registering a magnitude-3.3 earthquake.

Fabien Tarably, director of security consulting and intelligence firm NIGMA Conseil, described the impact of the blast and its effects on recovery efforts.

“The first and main technical difficulty is the magnitude of the explosion — everything has been pulverized,” Tarably said. “It’s going to be very hard, because everything that is of interest has probably disappeared.”

A Lebanese civil defense officer said they are still looking for firefighters dispatched to the scene despite fears of heavily damaged silos collapsing.

“We’re still searching, but we’ve brought in engineers to assess their structural integrity and see if we can continue,” the officer said. “We’re still looking for a 30-ton fire truck we can’t find. It’s like it was vaporized.”