Officers responded just after 12:30 a.m. Sunday to the Avondale neighborhood and found 21-year-old Antonio Blair with gunshot wounds, police said in a statement. He was taken to University Hospital and died there, they said. Three other gunshot victims were also taken to the hospital.

At about 2:15 a.m., officers responded to a report of gunfire in the Over-the-Rhine neighborhood where 10 people were shot, police said. One died at the scene and another at the University of Cincinnati Medical Center; they were identified in a statement as 34-year-old Robert Rogers and 30-year-old Jaquiez Grant.

Three people were shot at about midnight Saturday in the Walnut Hills neighborhood, about a block away from the Harriet Beecher Stowe house, police said.

News outlets reported the shootings took place within 60 to 90 minutes of each other, but Assistant Police Chief Paul Neudigate told reporters that they “seem to be separate independent incidents but horrific and tragic.”

Police didn’t immediately provide details about the fourth fatal shooting but confirmed that it occurred on the city’s West End, where television news reports indicated that one person was shot later Sunday morning and was pronounced dead at the scene. 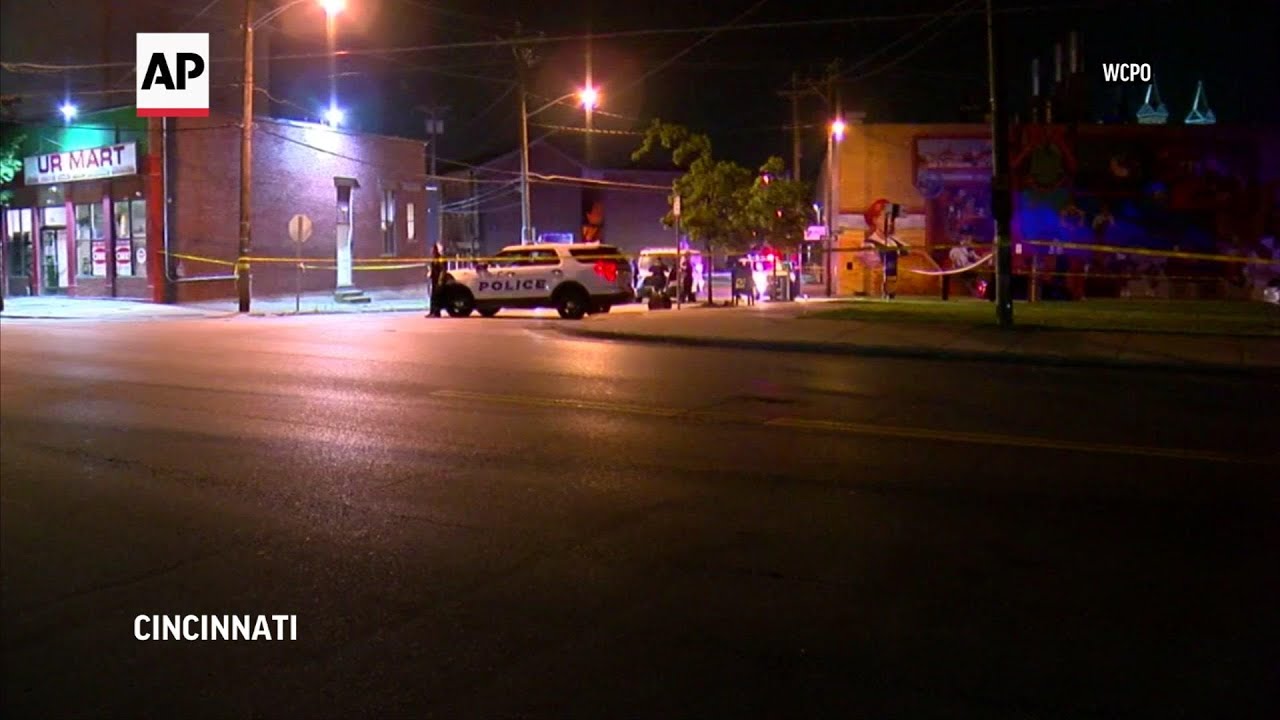 No suspect information was immediately available in any of the cases.

“One extremely violent night in the city of Cincinnati,” Neudigate had said before the fourth shooting was announced. “Why? That’s going to be the question.”

“I am calling on all citizens of this great city to say enough is enough! We must not sit by silently and say we can’t do anything to end gun violence,” Chief Eliot Isaac said in a statement. “We all have a moral obligation to stop the violence and stop the killing in our communities.”

Police said the department would shift officers from other assignments to beef up the number of uniformed officers in the affected communities and would call on federal prosecutors and the Bureau of Alcohol, Tobacco, Firearms and Explosives “to focus on repeat shooters and aggressively bring illegal gun charges.”